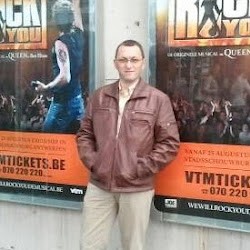 The Passing of a Friend
Erik De Laet

It is with regret that we announce the death of Erik De Laet. Erik past away on the 13th of august after a long and hard fight against cancer.

Erik touched many people in both his professional and private life. He was a valuable member of the Adin team and will be sorely missed.

Our thoughts go out to his wife Alexia and his son Kevin.

"Loving and kind in all his ways,
upright and just to the end of his days.
Sincere and true in heart and mind,
beautiful memories he left behind."